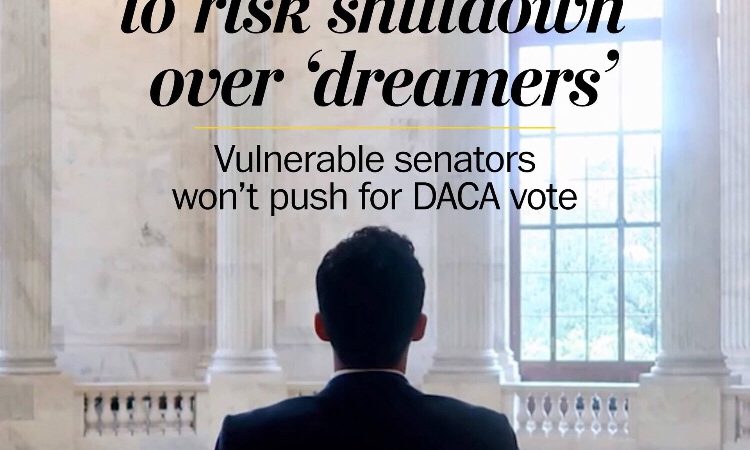 Democrats are backing away from a pledge to force a vote this month over the fate of thousands of undocumented immigrants brought to this country as children, angering activists but probably averting the threat of a government shutdown at a critical moment in spending negotiations with Republicans and President Trump.

With a deadline of midnight Friday to pass spending legislation, dozens of Democrats had vowed to withhold support if Republicans refused to allow a vote on a measure, known as the Dream Act, that would allow roughly 1.2 million immigrants to stay legally in the United States.